For my devotees, I have told you that there are many sacred texts to read and that you should seek out the truths in each one and that you should discard what did not originate with God. For my closest devotees who meet with me daily, my words are your primary Holy Book*. Revere1 and protect these revealed words. Reading and hearing the teachings within these words can burn away your past sins.

Many sacred texts have been given to humanity throughout the centuries; but today, in this last era God is revealing teachings specifically to His Remnant. These are the words which He gives to me. This Holy Book of which I speak contains the words given to me by the Father of Greatness. I speak to you that which He speaks to me. Everything I speak to you, as recorded in this Holy Revelation* is by the Will of the Father who sent me.

Treasure God’s words. Protect and defend the Holy Book. Be on guard, for the pagans, the unbelievers, the atheists, and in fact many of those who are only nominal in their religious devotion will hate and persecute you because of the teachings of the Messengers. A false Christian will take great joy in uniting with other unbelievers to burn you at the stake and to hang you from a tree because of these words. Governments will imprison you due to their fear of losing their kingdoms to the Kingdom of Light.

Remember this: The very presence of God is within the Holy Book as well as the presence of the Messenger. Revere these words and protect them.

Editor’s notes
* The reference to this Holy Book is called Giliana Kudsha (Holy Revelation), or The Giliana (ܓܸܠܝܵܢܵܐ) for short. Pronounced: gee-lee-ah-nah. The letter “g” is pronounced like the first letter in the words “gather” “guard.” This should not be confused with the term “Giliuna” which refers to the Book of Revelation in the New Testament. The Giliana is an expanded edition of the Mitnaranuta d’Mir Izgadda (Illumination of the Third Messenger; also known as a Fragment of the Teaching of Mir Izgadda).

1 Over the years, some devotees of Mir Izgadda have received visions and dreams concerning how to display the Holy Book. Instructions were then given by one of the Messengers concerning this matter. Typically the most simple method of displaying the Holy Book is to have it rest in a book holder on a cushioned platform. When not being read, it is covered with a white cloth except during the Holy Days. A more elaborate display involves the Holy Book being on the same book rest but under a canopy or tabernacle. The latter is not necessary. 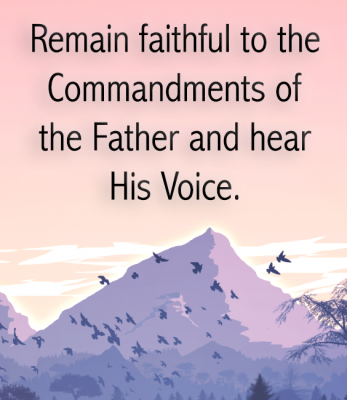 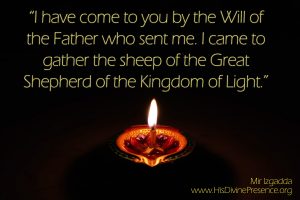